ANOTHER QUICK TRIP TO THE
BLACK ROCK PLAYA
09-26-2020
We squeezed in another short little camp trip to the Blackrock playa and this time it was to help celebrate the birthday of Susan's friend Maureen.  This weekend also happened to be National Public Lands Day, which was a bonus.
In addition to meeting more of Susan's friends, I had one of my closest friends,
"Hansi" join us on the trip. 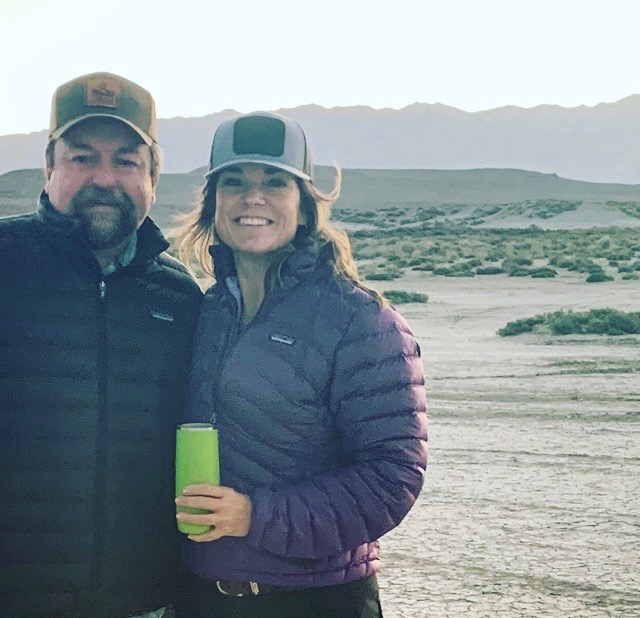 Even though the days were fairly hot, the evenings cooled down considerably
and at night, it was downright chilly. 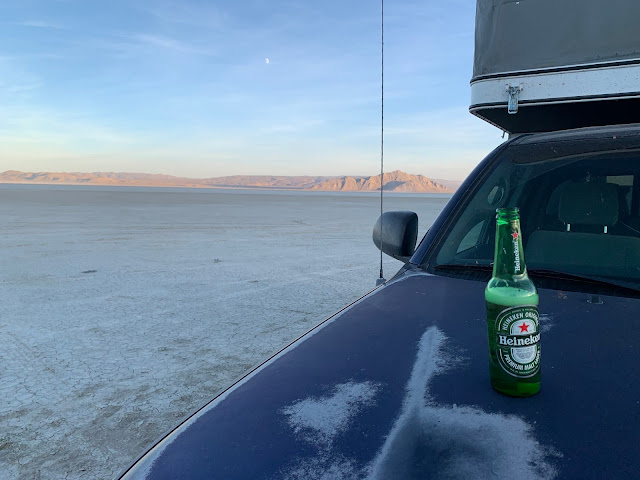 There's just something about that first beer you open on every trip
that makes you realize how truly wonderful life can be. 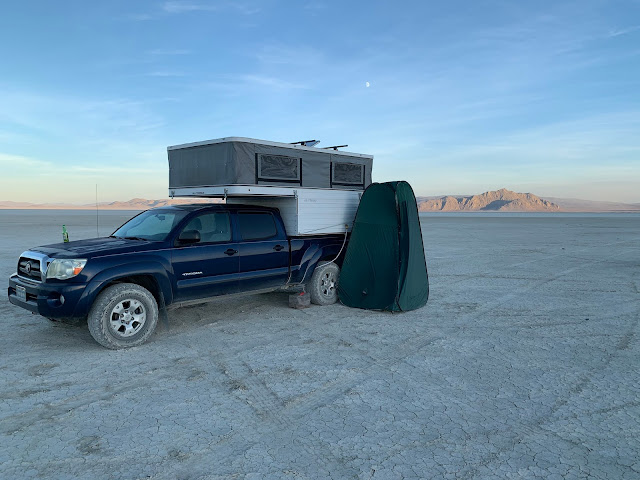 Home on the playa. 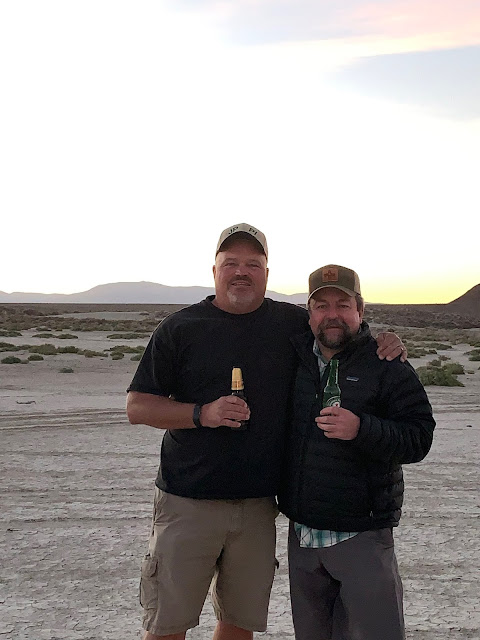 I first met "Hansi" in 1998.  We worked together in the same career and often found ourselves in the kind situations that give rise to a strong brotherhood.  He's been
one of my closest and dearest friends ever since.  We now live eight hours apart
and that sometimes makes it difficult to see each other as often as we'd like, but
with retirement right around the corner, we've vowed to change that! 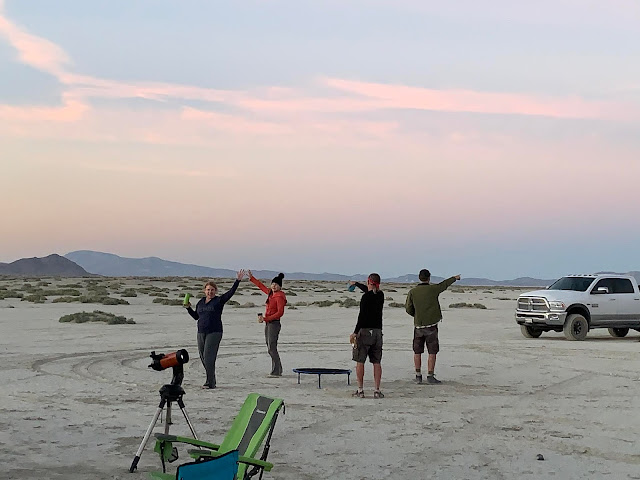 The clean, crisp air of the desert and the wonderful sunsets always make
me feel at home and at peace. 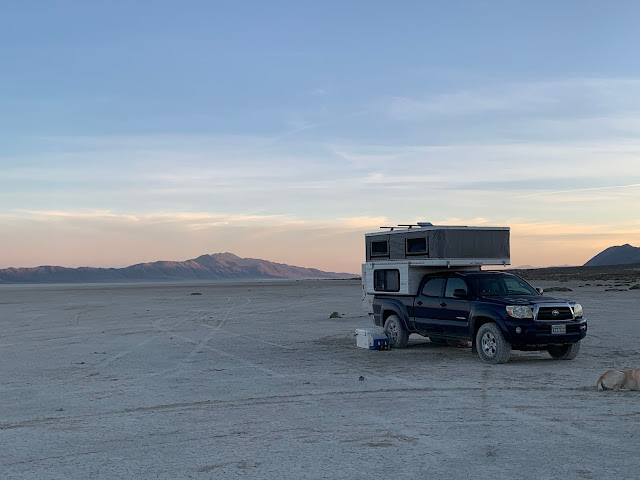 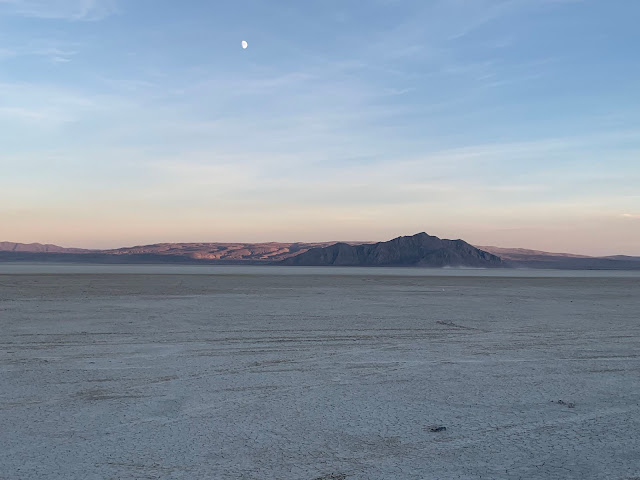 Two perspectives of Old Razorback mountain with the moon. 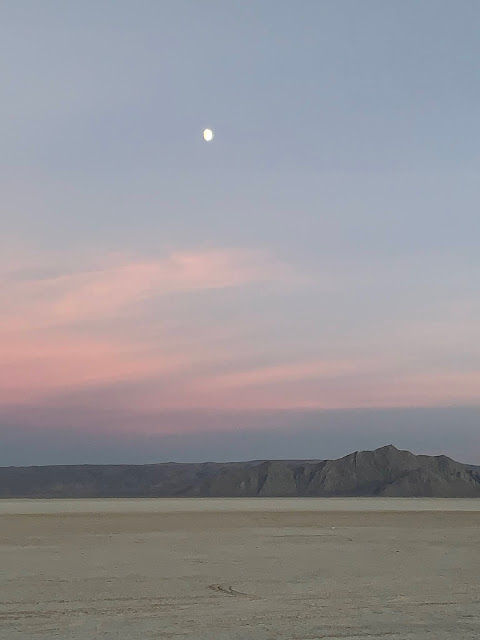 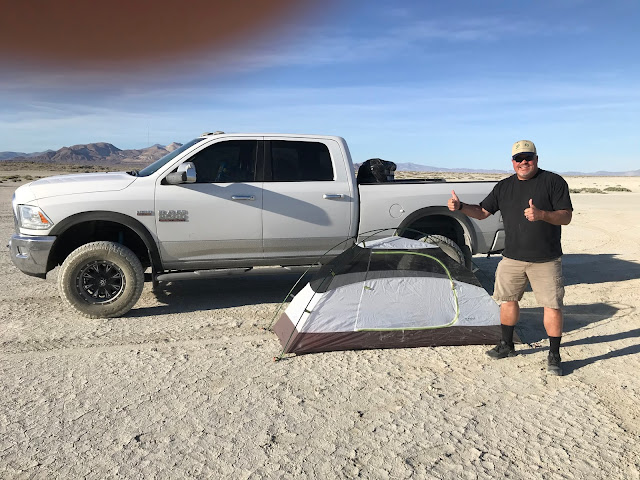 Hansi always goes LITE, but we were all wondering if he could actually
fit in that little tent.  He did, but only barely. 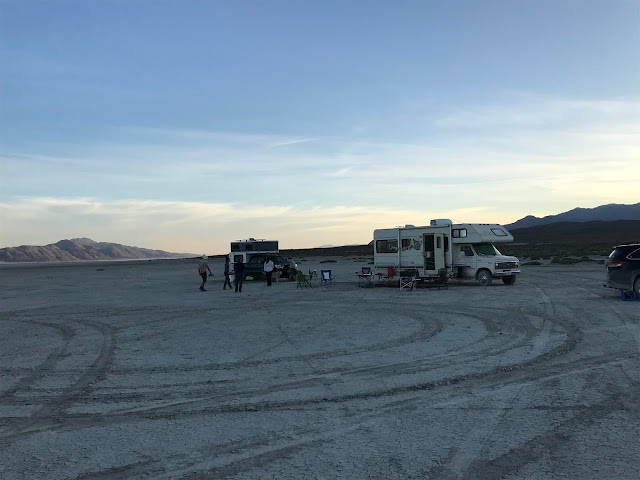 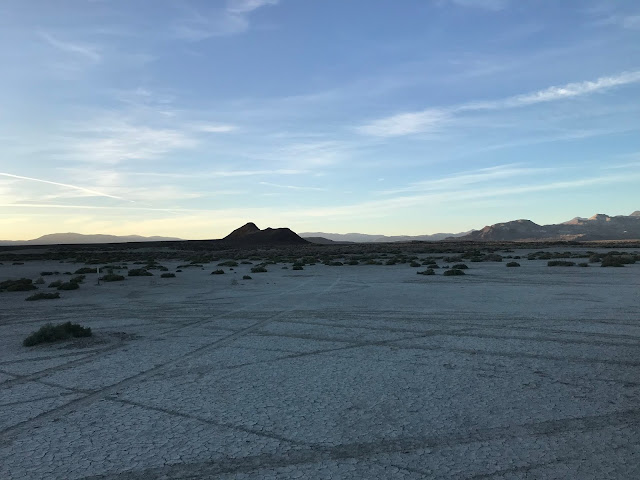 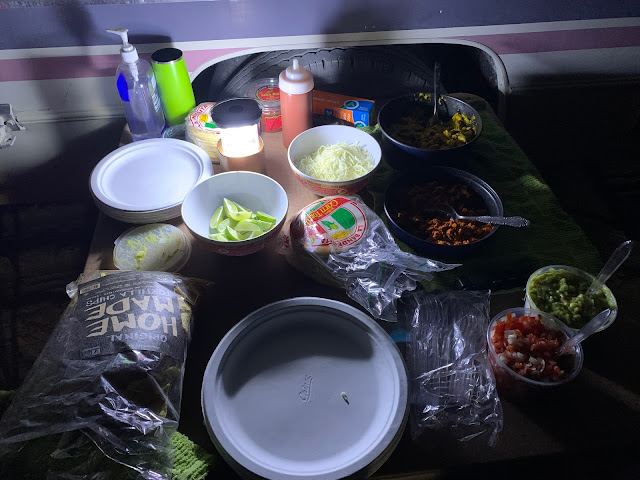 For dinner, Susan and her friend who's also a Susan, made her tacos that
were such a hit on our last playa trip.  Chicken and beef asada tacos with all
of the fixins and as usual, there was plenty of beer and wine. 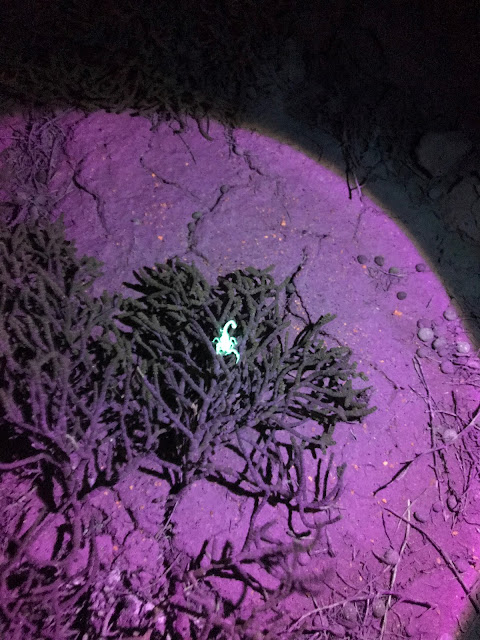 After dinner, I grabbed my black UV light and went scorpion hunting.  Out on
the playa, you probably won't see any scorpions, but if you go into the portion
of the playa that transitions to the sage, you'll see more than you can count.
Virtually every bush I went to had at least one scorpion and some had two or three.  They ranged in size from about 1 to 4 inches, so think about that next
time you decide to walk around with sandals... 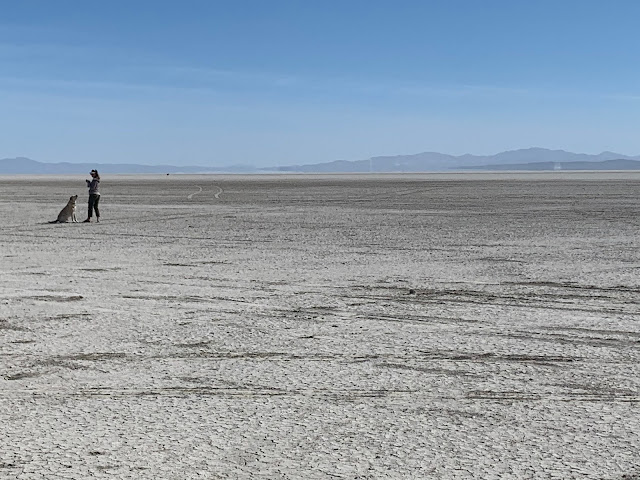 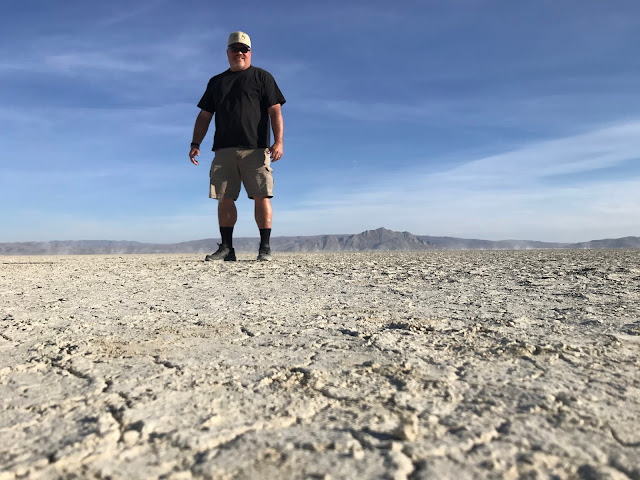 This was Hansi's first time on the playa, but he loved it and is already
making plans to return with his wife. 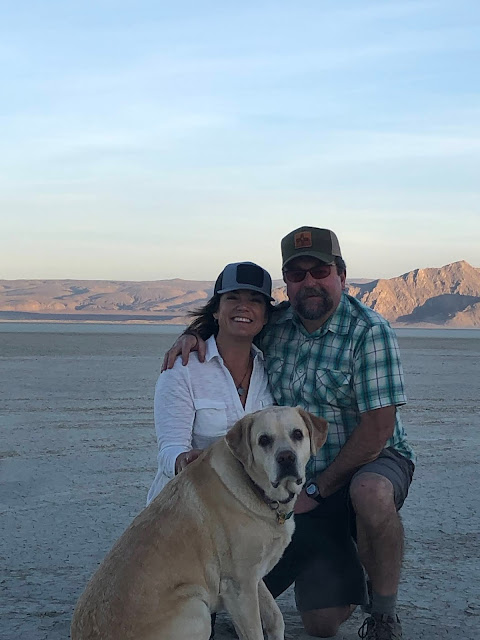 There really is something special about this place and most deserts
in general.  I think they're every bit as beautiful as places like
Yosemite, it just that the desert makes you look for the beauty
a little more, but there's a certain joy in making that realization.
We packed up camp on Sunday and stopped by Planet X Pottery on the way home.  If you plan it right, you can get most of your Christmas shopping done
in one stop at Planet X.
We're already planning our next trip to the area and would like to check out
the Fly Geyser and the Soldier Meadows area.
Until next time...
Posted by The Aimless Roamer at 5:53 PM